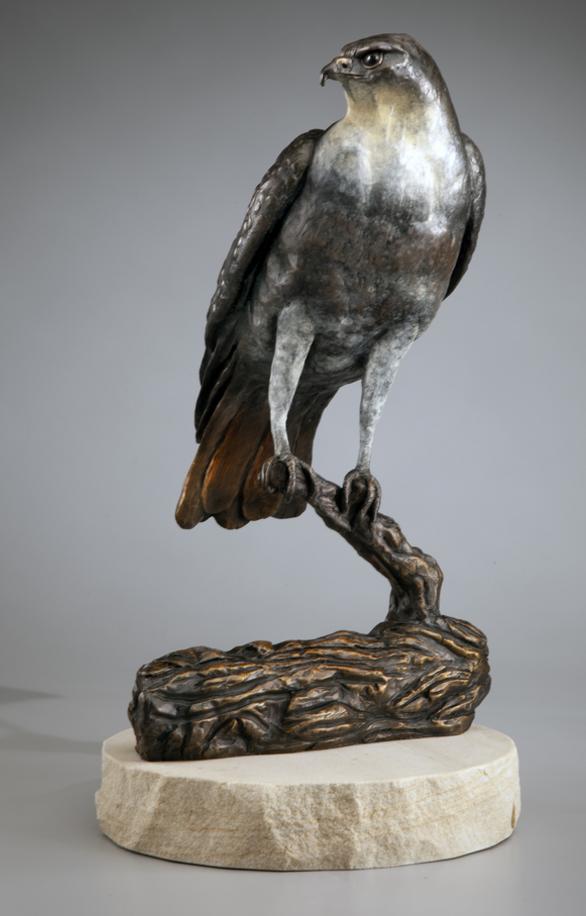 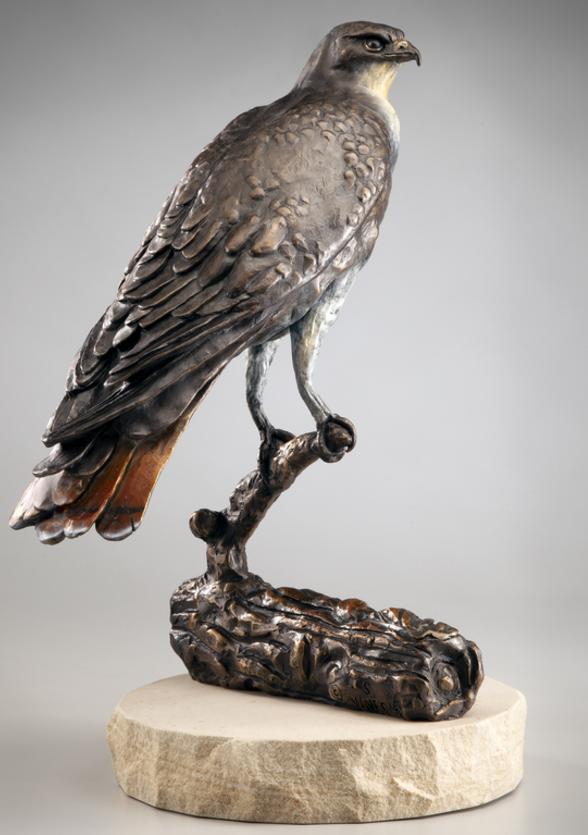 My most recent piece - Just finished and shipped #1 of 20!

My initial inspiration:  Over one week I had two encounters in Colorado with red-tailed hawks.  They are North America's most common hawk.  One swooped down in the field in front of me, snatched a prairie rattlesnake and flew to a tree to enjoy his catch.  That same week I found a tail feather of a young red-tailed hawk on the path I was hiking.   I was excited to create a composition of one perched precariously high on a gamble oak branch (my studio is on Gamble Oak), intensely alert and waiting for the exact moment to pounce.

My first sale, before the sculpture was even cast, was to a client who had seen the clay and wanted to commission it as a tribute to her brother who had a passion for flying.  Her brother died while doing a promotional aerobatic flight in a

P-47 Thunderbolt, a vintage military aircraft, on Memorial Day weekend of 2016.  He had been scheduled to later fly to honor veterans in the  Bethpage Air Show at Jones Beach on Long Island.  I am always moved by the depth of stories people tell me why they are drawn to my work.  This was an honor for me to work on.

Red-tailed hawks are strong, alert and smart.  They often put on their own version of an airshow with their skillful aerobatic maneuvers.